Is it just me or are there more negative issues than ever before emerging around botox?

Hardly surprising really – after a decade of FDA approved cosmetic use it has become the world’s favorite anti aging treatment bar none – so who wouldn’t expect a bit of negative feedback to surface?

Some of it though is a little worrying and certainly needs to be taken into account if you are not sure whether to go the botox route.

Most people will be familiar with the frozen face syndrome that afflicted early adopters of botox.

I recall seeing an interview with Cher many years ago when she was enthusing wildly about a subject dear to her heart (I forget what). I was transfixed and puzzled by the total lack of emotion – positive or otherwise – showing on her face which remained a beautiful still mask of perfection.

Much later as botox became more ‘out there’ I understood what had caused that strange effect.

Now in 2022 – botox treatment is much more sophisticated and effects are generally more natural – pick yourself an experienced aesthetic plastic surgeon with a skilful technique and you should avoid a frozen look.

Nonetheless botox is all about stopping you expressing your emotions in your face and research is starting to indicate that this can have harmful psychological effects.

It seems common sense that an inability to express emotion facially will cause difficulties with communication. In the Cher interview – I found myself disbelieving what she was saying because I couldn’t see the evidence in her face. Sydney Sweeney’s Skin Care regime does obviously not include botox.

This is a common response to over-botoxed faces apparently and on the surface it appears to be a problem for the friends, family and acquaintances of the botox user rather than the user themselves.

How botox limits your ability to feel emotion

Not so according to recent research – if you can’t express what you feel through facial expressions it can actually reduce your ability to feel emotion at all and prevent you understanding what other people are feeling as well.

Try keeping your face still and emotionless while you talk about something you feel strongly about for 30-60 seconds. Then repeat the exercise with the same subject matter but talking and showing your emotions normally. 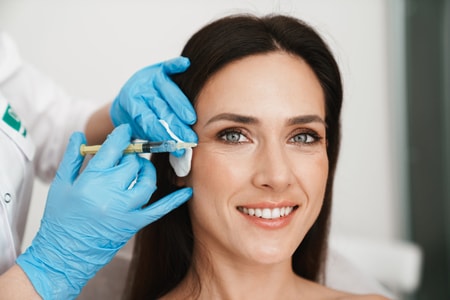 Apart from being very difficult to do – the chances are you feel much less emotional about your subject the first time around when you can’t show what you are feeling on your face.

The reason is something called the “facial feedback loop”. When you are emotionally moved your facial movements stimulate areas of the brain causing you to experience the emotion even more. Botox cuts down part of the facial feedback loop and reduces your capacity to feel and express emotion.

Not only that but research shows that botox can interfere with your ability to read emotions in others. The same mechanism is responsible – we use facial feedback to interpret and understand how others are feeling – it is largely how we have empathy with others.

Next time you watch a sad film or listen to a friend telling you their troubles be conscious of what you are doing with your face – it’s likely all the emotion will be played out there. We cry and laugh along with others precisely for this reason.

A research study completed in 2010 published in the American Psychological Association Journal showed that women who had botox treatment had a “significant decrease in emotional response”.

Building on the original research a study was completed in 2011. The research focused on the effects of botox on the ability to read emotion in others. The results showed that the botoxed group had more difficulty understanding the emotions they were seeing in videos. The conclusion was that decreasing facial muscle signals to the brain dulled emotional perception and therefore empathy.

None of the volunteers in the research were given excessive doses of botox solution so the results are likely to be duplicated for many people who use botox regularly.

Should these conclusions stop you getting botox?

There’s a mass of things you might want to consider if you are thinking about your first botox injection and it might be a good idea to add this into the mix.

These are the first research studies done in this area and more will surely follow. If you are unsure or troubled by some aspects of the treatment then this may tip you into the “no” camp.

Interestingly – among the negative feedback from users of botox – dumbing down of the emotional response isn’t usually mentioned. Perhaps your perception is less sharp so you don’t notice what’s missing from your relations with others.

Thinking a bit more widely – there are few roles in work or in a wider social context nowadays that don’t require empathy and effective communication – in fact these are just the qualities valued by an increasingly wide range of employers.

For relations with partners, friends and family empathy has to be top of the list of needed qualities. It’s your choice in the end but mask like beauty can hide a very lonely existence!